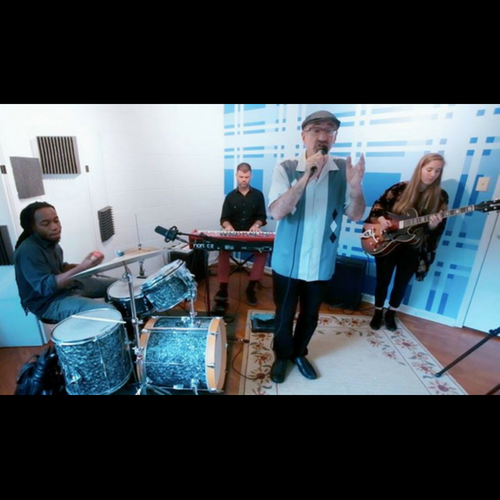 Posted at 20:14h in Jazz Show Saturday by Alix

Q: Do you play any instruments besides vocalizing?
A: I play some other instruments, but not to any degree of expertise. Singing has just become my thing.

Q: I read that you’ve been in bigger cities before you moved to Raleigh. How does the music scene compare between those cities and Raleigh?
A: Oh wow. It’s funny because when I lived in New York and then L.A., I didn’t get out to music clubs that much, mostly because it was super expensive. What I really have enjoyed here, aside from the vibrant music scene which there’s no lack of, is that it’s very accessible. I get out all the time so it’s good. It’s great. No complaints there.

Q: Why did you concentrate later on in jazz and R&B?
A: I’ve always loved really good jazz singers like Frank Sinatra. When I was growing up in college and beyond, I listened to Sinatra, Tony Bennett, Al Jarreau, Ella Fitzgerald, just these greats who were at this high level of awesome. And I love the sound of it, the swing of it, the feeling of it. I think for a number of years, I didn’t necessarily sing it myself; I would just enjoy it as a listener. I had sung in choruses and other kinds of venues but about half a dozen years ago, I started picking up piano again. I had taken jazz piano lessons with the idea of becoming good enough or just dangerous enough to accompany myself as a singer. I played for a while that way and I learned a lot and discovered along the way that it’s hard to play piano really well and sing. So I decided to concentrate on the singing because it’s really what I wanted to do. I started singing with a really great piano player and teacher named Alison Weiner. We would be in her studio and she’d accompany me to help me get my chops together to go out and play out.

Q: So I’d say you have a pretty extensive background in music.
A: I’d say so, yeah. I grew up with music lessons when I was a kid, kind of standard stuff. Piano and saxophone and singing in choirs through high school. Actually I sang choirs in college, now that I think of it. I got away from it as a performer and more of an enjoy-er. When I lived to New York, I was a commercial worker as a voice-over actor and got into that for a good while. Music has really been, throughout my life, a joy of mine and now a passion for the past couple of years. It’s easier to get into it if you take it seriously and want to do well with it and get out and play. There are opportunities and I’ve met a lot of musicians like Doug Largent. It’s been great meeting up with him because he loves that sound from the late 50’s, early 60’s era of music and I do too, so it’s been a good collaboration. He’s super generous as a musician and I really enjoy playing with him.

Q: How long have you been with Doug Largent’s group?
A: I’ve been singing with Doug about two years.

Q: You said earlier you weren’t as experienced as him; did you mean performing?
A: Yeah, when you were asking that, that’s what I meant. If you think about someone like Doug, he’s made a fair amount of his living from music for around 20 years. But that hasn’t been the case for me. For me it’s more of an avocation than a vocation. I feel honored to sing while he’s playing. Maybe I’m a little shyer with my talents than I ought to be because I’ve studied music my whole life and I love it. I think it’s sort of the focus now. Having a focus in jazz and occasionally a little bit of R&B, a little bit of pop. For jazz, it’s a training that I focus on and I think that has really paid off because when you have that sort of focus, you can go as far as you want. It’s just putting feeling into music and that’s what I love about it.

To read about Doug Largent, check out this blog post from Michael Berliner.