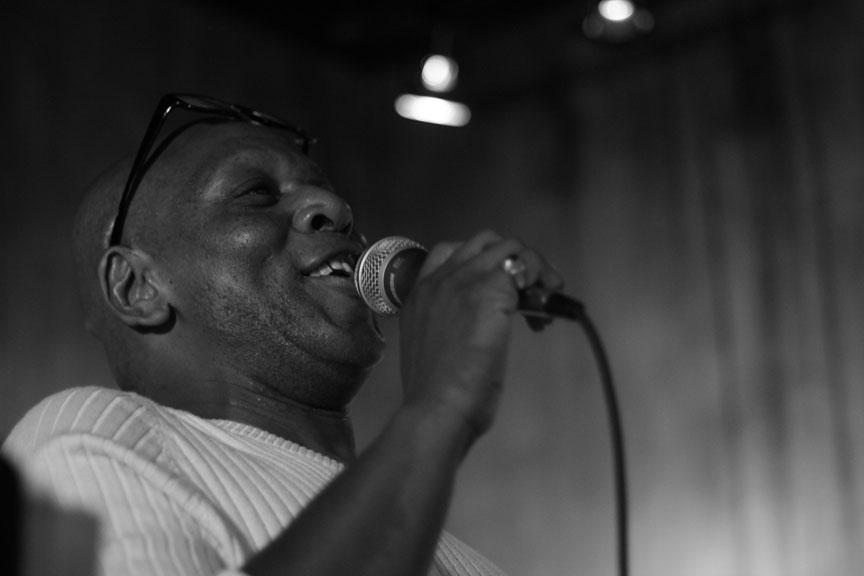 Posted at 19:46h in Jazz Show Saturday by Alix

Noah Powell – a vocalist with ranges of various tempos, lyrics, and emotion – will be coming to Irregardless this Saturday night as part of a quartet. With his tunes, he’ll be sure to have you bopping your head and feeling the beat throughout his set.

From Kinston, NC, he went to North Carolina Central University (NCCU) in Durham to pursue a degree in music. His roots of vocalizing ran deep as he loved music and grew up liking the Motown-era music he listened to as a kid. He participated in talent shows and summer camps in elementary school and from there, he sang in his school’s chorus group from junior high all through high school. He continued that when he went to NCCU and participated in regular as well as touring choir. Besides vocalizing, his range also includes playing some piano and percussion.

One of the mentors he had early on in his university career was Chip Crawford, who is now the arranger and music director for Gregory Porter. Crawford would suggest materials and recordings that he thought Powell might want to pursue.

“I met Chip when he was a graduate student at NCCU actually and he was the guy that really urged me to sing jazz professionally. I met him in the practice room one day and he recommended that I might want to pursue that,” Powell chuckles remembering that chance encounter. “He said, ‘hey man, you really got a voice for the jazz thing, that might be something you want to look into.’”

While he was at North Carolina Central University, he was involved in drugs and that became an intricate part in his spiral away from his music and his studies. “I experimented with drugs and I was one of those people who got caught up in that,” he recalled. “I made some alliances early on that I should not have made, people I befriended, circles that I ran in. At the end of the day, it’s the same old story, I got caught up in that and I went through a lot of stuff and eventually had to find my way out. I had to separate myself from the music for a while to address that issue because it’s such a overwhelming disease, it takes everything and uses everything in you to make you sustain your habit.” A documentary called Noah’s Arc was created to show this part of his life.

As a musician, his admiration for artists vary in multiple genres such as pop, rock & roll, and rhythm & blues. In jazz, he admires known artists such as Sarah Vaughan, Ella Fitzgerald, Betty Carter, Frank Sinatra, Sammy Davis Jr. Of the obscure vocalists, he admires Leon Thomas, Joe Lee Wilson, and Abbey Lincoln. The list goes on and on for him.

“[I remember] the first time I met Betty Carter, I met her at NCCU and she was doing a concert there,” he reminisced. “That was the first time I had met a vocalist I’d always admired and whatnot. It turned out to be her and it was a wonderful meeting. She’s an extraordinary vocalist and I love her to death.”