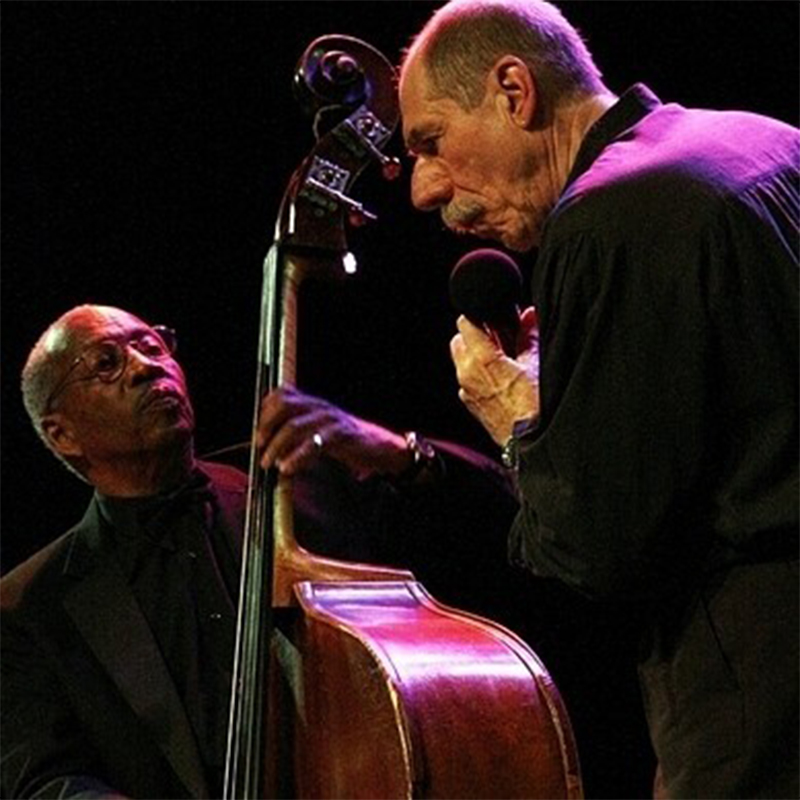 Jazz Blogger, Alix Vo, was able to catch up with Giacomo Gates in this exclusive interview below prior to his scheduled live jazz performance on Saturday, April 7th at 9 PM at Irregardless Cafe.   $15 cover for the show

Giacomo Gates has always been interested in music. He began playing guitar as a young kid and got turned on to more music than just the pop music of his generation. Born in 1950, he began taking guitar lessons in 1958/1959, but he was listening to music that was written in the 30s, 40s, and 50s. Those guitar lessons didn’t take him much further than the wedding band gigs he’d landed as a teen in Connecticut, as he didn’t actively seek a career in music performance until later on in his life. He took on a career in construction for over twelve years before becoming encouraged to give jazz performance a try. His career has propelled him to work with many jazz artists such as Freddie Hubbard, Rufus Reid, and Lou Donaldson and eight studio albums as of 2017.

Q: To begin with, can you tell me about the career you have had and how you got involved with jazz? I know it’s not exactly a conventional one and you started out later after you did some things.

A: I was always a fan [of jazz] and my guitar teachers were also jazz musicians, so they had a tendency to expose me to that music. I was a fan of it and I played guitar in my early teens in wedding bands, but I wasn’t pursuing it; it was just fun. I was not that far from New York City and there were great radio stations playing jazz music. I would listen to it, be interested in it and buy the records. I was always a fan of the music, even though I was hanging out in my late teens and early 20s with friends who were listening to the Rolling Stones and Marvin Gaye. I was too, but I was also listening to jazz.

When I left these folks and moved to Alaska, I moved there to work in construction and I was planning on staying a year, but I liked it and stayed much longer than I expected. I got involved in a festival and I got encouragement from people. Despite 14 years that somehow went by, still, I listened to the music and if I had an opportunity to sit in somewhere, I would. With all the encouragement, I thought to myself, I’ve been up here much longer than I wanted to be or expected to be. I guess the adventure of it was pretty much over so I wanted another adventure. I went back to the east coast and went into New York City, which was always considered the jazz capital of the world and started to shine it up, hone my craft, whatever you want to call it. One thing led to another and I started to work weekly, then regionally, and then nationally. I started to get a few recordings out, fast forward and here we are.

Q: Do you think your teachers were a big influence on you being active in jazz? Had they not exposed you to it, would you have exposed yourself to jazz later in life?

A: I don’t know. For me, I teach at Wesleyan University in CT two days a week. At the end of my students’ university career, they come to me and say, ‘I wanted to say hello; I’m graduating or I wanted to stop by and say thank you because when I signed up to take jazz voice lessons, I didn’t know much about jazz.’ Some of them even say ‘well I have sung previously’ or ‘I have never sung, I don’t know if I can carry a tune.’ They’ve also said prior to this class, I thought it would be fun, I thought it would be an easy credit, but it wasn’t that easy and after taking a semester or two with you.

Most of these kids don’t know who Count Basie is and when I play it for them, they all say ‘wow! I’ve never heard anything like that before.’ So when they are exposed to it, they like it and this music is not that hard to like. You have to be exposed to it because it’s not commercial anymore. It’s not being played on every radio station. You have to find it on the internet if you look for it, but it used to be broadcast over the television; it’s not anymore. So I have been lucky enough to be exposed to jazz by others.

My father played big band records when I was a kid in the house so I heard Count Basie and Duke Ellington and Fletcher Henderson. I really think that anybody who hears this music, if they give it an opportunity, they’d be compelled not to like it because it’s fun, it makes you want to move your body or dance or tap your feet. And lyrically, there’s usually a story connected to it; it’s not just ‘I love you baby, I love you baby, I love you baby’. It tells you why I love you.

Q: Did you think you’d be teaching?

A: No, I never expected to be teaching. But when I think about it, almost everything I have ever done, I ended up being an instructor at it. Like when I started to learn equipment, because I was a younger guy, I got pretty good at it because I wanted to get good at it. And I worked hard at getting good at it. So when they would have apprentices show up on the job, they would usually give me an apprentice or two. They’d say take these two guys and show them how to do this. So I guess I was honing my teaching skills.

I was involved in martial arts as a young man for 12-15 years. And part of that scene was that, when you reached a certain level, you had to turn around and give back what you learned to people who were trying to come up. And as someone who was getting involved in music, I would go to some workshops given by people and as you probably know, some people are good at what they do, but they’re not good at telling other people how to do it. I don’t know, I think I have some kind of a gift that allows me to explain how come you do this and why.

I’ve never been someone to just tell people to do this and that’s the way to do it. If you love what you do and you examine what you do and you try to do it better, I guess it makes it a little easier for what to explain to other people what you have to teach. There are certain things you can give somebody and if they remembered it, great, they get it, but you can’t force them. Either you get it, I tried to help you get it, I’ll give you more information on how to get it, but if you have a gift and you don’t polish the gift, then nothing happens. Everybody does something and there’s somebody who does it better. Well, how come? They either have a gift and they have to work hard at it. I think almost, almost anyone can have the attitude for it.

Q: Do you still do martial arts?

Q: Was your style something you developed or that grew?

A: It grew. The people that I listened to were certainly stylistic and I think you have to be influenced by others who come before you.

Q: Backpacking on that, some people who have compared you to Eddie Jefferson and Owen McNally of the Hartford Courant said that you’re keeping the tradition of Eddie Jefferson alive & well. Do you believe so? Maybe in comparison, it’s difficult to describe, but do you think your styles are similar?

A: I certainly listened to Eddie Jefferson and the style that I sing is the same style, but that style also pursued by Lambert Hendricks and Ross and King Pleasure and Babs Gonzales. Most are gone now, but they were the people that really spread that around. That was the age that started the style vocalese. I’m proud that Owen wrote that I’m carrying on what Eddie Jefferson did. I certainly have embraced that, but I’m also trying to do what I do and having that influence on me. I want to be influenced by a lot of people. I don’t want to copy anybody.

Q: Do you believe the jazz community is a tight-knit group because you’re listing all these people you’ve worked with and it seems like to work with them was enthralling and so easy to do.

A: These people were who I listened to and was a fan of, they were hardcore. They didn’t accept you easily. It wasn’t like ‘yeah, come hang with us.’ No no no. You had to prove yourself. If you couldn’t cut it on the bandstand with them, they’d tell you to get off. If you could hang, then you could stay; if you couldn’t hang, you have to leave. So it was a certain level that you had to achieve. I mean, they were kind, but they weren’t kind to everyone. You couldn’t be half-stepping it; you couldn’t be faking it. If it wasn’t real, if they didn’t think it was real, then you were gone.

So, I felt very flattered to be accepted by these people who were much older than me. The people whose music I loved, they were not of my generation. These people were playing on 52nd Street in New York City before I was even born. I never thought I’d meet Dave Brubeck. I never thought I’d be on the bandstand with Dave Brubeck, but I was. I remember being at festivals and Dave Brubeck was standing on the wings and he said to me, ‘hey Giacomo, thanks for playing my song’. To me, that was very moving and I said to him, ‘thank you very much for writing it’.

I remember meeting Lou Donaldson, I had many of his records and I remember sitting in with him several times. One time I said to him, ‘Lou, I want you to know that I’m knocked out to sit in with you; I didn’t just come by your gig to take a free ride and sit in. I know who you are. I got your records when I was sixteen years old; I never ever thought I’d be on the same bandstand with you.’ He said to me, ‘Never mind that. You want to sing or not?’ That’s the thing about them; they don’t care if you know how they are. I’m flattered; I’m gassed that I got to meet some of these guys and women and was accepted by them. I may not be as big a name as Mick Jagger, but I got to have a conversation with Jon Hendricks. I sat on his gigs, he sat on my gigs. To me, that’s something I never dreamed would happen. I had no intention of even being in the music business. So when I got accepted by these people and embraced, it was a big deal.